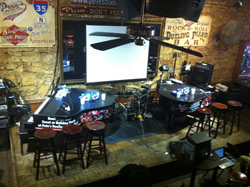 Oreo, the sandwich cookie from Mondelez, revealed insights into its real-time social strategy during a panel at South by Southwest (SXSW), where company and media execs dug into the success behind the famous Twitter tweet during the blackout at this year's Super Bowl.

Real-time marketing requires an entrepreneurial spirit, simple message, willingness to prepare and readiness and ability to act quickly. All the attributes of a startup.

The strategy depends on pinpointing the moment in time that people will engage with a tweet. At this year's Super Bowl, those moments were touchdowns, turnovers, and in this case, a blackout.

Oreo learns from its Facebook Fans and Twitter followers about what works and what does not. The focus becomes raising overall awareness -- not only from consumers in stores who buy the products, but from advocates online.

"There's no reason why this should just work with Oreo," said David Berkowitz, 360i VP of emerging media. Companies need to push the boundaries. "It's open to everyone and anyone if you're willing to put in the work to get the same type of results."

Pay attention to the cultural moments that marketers expect to happen and become a part of them. For Oreo, it happened with a combination of television and Twitter. Bonin Bough, VP of global media and consumer engagement at Mondelez International, gets stats on the performance of TV ads -- but he wants to know when the industry will start to see real-time ads on TV. The next wave becomes swapping out a TV spot in real-time that doesn't work with one that does. "Print couldn't work with outdoor and TV couldn't work with print," he said, pointing to mobile and TV as a good combination.

Bough points to the biggest problem being the lack of capabilities at media companies that are "just not built for it." He said "creative agencies might not be ready to deliver in real-time."

One reason may be that attribution models don't work. Bough said last year that the company worked with mobile on the Daily Twist campaign and figured out that it delivered 10% directly attributable to Oreo sales. "We sat down with the media agencies and told them we need you to figure out how to build an attribution model to track our spending in this channel," he said. "We told them point blank -- you don't get paid unless you deliver. The largest revolution in our history, and you can't measure it?"

While attribution models clearly need an overhaul to prove ROI, the panel offered a few pieces of advice to make real-time work for any brand. The shortest thing in supply is effort, so make it count. The equity of the effort matters to consumers. Brands must prepare to engage with consumers on a continuous basis.