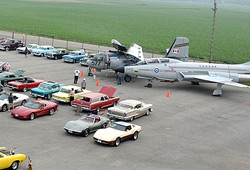 Overall satisfaction with the travel mobile experiences measured 77 on the study’s 100-point scale, with individual company scores ranging from 74 to 82. Southwest Airlines took the No. 1 spot with a customer experience satisfaction score of 82. The company's app provides buttons rather than links for larger touchpoints, typically filling the entire width of the screen, and designated with a carat symbol.

The less clicks the better on a mobile device. Since Southwest doesn't have assigned seating, there are no screenshots for a seating chart. They don't charge for baggage, so they are able to streamline their mobile experience, alleviating much of the minor headache and confusion that goes along with some of the more traditional airline mobile sites.

Satisfaction matters because it determines what consumers will do next. The study shows that 71% of consumers access mobile sites and apps from home, 13% from work, and 12% on the go. Those accessing from home also report being more satisfied than the other two groups of users. Both the airlines and hotels category have the highest percent of visitors using their mobile services -- mobile site or app -- on the go, 13%, with a satisfaction score of 76.

When looking at the app versus mobile site, app users, 15% are more likely to be on the go and are significantly more satisfied doing so than the 10% of on-the-go mobile site users. This makes sense as apps are generally more succinct and easier to use on the go than their mobile site.

Airlines have one of the highest percentages, 13%, along with hotels, of visitors who use the company mobile site or app while on the go as opposed to using the mobile experience from home or work, or with access to a PC or laptop. Some 69% of visitors still engage from a mobile device from home while another 14% use mobile from work.

Consumers reach out to travel sites to research, book flights, check in, and confirm reservations. Some are there at the last minute, and others simply to bide time while waiting in line or doing something else. When asked how respondents prefer to book their travel, the ForeSee study identifies that 55% said OTAs, and 43% chose direct supplier Web sites. Some 51% prefer to research and/or book with a laptop, compared to 18% preferring a tablet or 18% smartphone, whereas 13% chose other or no preference. Those who prefer laptops have significantly lower satisfaction than those on mobile devices -- 76 vs. 78, CI +/-0.8.

Car rental companies might report the highest percentage of business travelers -- 16% among the groups measured -- but record one of the lowest satisfaction scores of 74 among business travelers compared with hotels at 77), and OTAs at 77. Car rental companies record the most customers making short-term bookings within 24 hours, 17%, and within 21 days at 36%, when compared with other travel categories.

Mobile apps have become the search tool of choice for smartphones. The ForeSee Mobile Satisfaction Index analyzes mobile satisfaction scores, impacts, future behaviors, and other key findings through the eyes of the consumer. This report on the 25 largest U.S. mobile travel companies by revenue serves as a starting point for companies wanting to benchmark their mobile performance against some of the best businesses in this category. More than 6,000 surveys were collected.