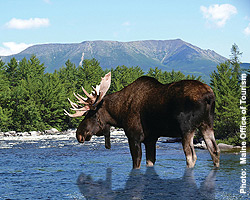 Discover New England, a marketing cooperative funded by the six New England states, says that between the region’s quick flight time (flights from the United Kingdom to Boston take just seven hours) and varied options, it has a growing charm for more sophisticated international travelers.

“The real appeal of New England is the tremendous variety of scenery, culture and food experiences in a relatively compact area,” Sue Norrington-Davies, the group’s managing director, tells Marketing Daily in an email. “It is truly unique among regions of the U.S. in that way. Within one to four hours’ drive of Boston, visitors can see beautiful beaches, dramatic rocky coasts, beautiful lakes and ponds, and magnificent mountain views all interspersed with the tremendous history, cultural attractions, and distinctive food offerings.”

For the most part, she says, New England appeals to seasoned travelers who have already been to the U.S. several times, and want to “gain greater insight into our landscapes, culture and heritage.”

In addition to its outreach to international tour operators, she says the group is using joint marketing efforts with select operators abroad. Based in Portsmouth, N.H., it also maintains a U.K.-focused Web site, as well as a German-language version, and social media efforts.

Most visits begin and end in Boston, and while that city typically draws 12 million visits a year, some experts have expressed concern that the Marathon bombings might scare off visitors. “The many tour operators who work with Discover New England and the six states have been tremendously supportive,” she says. “They have a great love of Boston too, as do the many international travelers who have lived in or visited the city and the region. We do not anticipate any change in overseas travel into Boston or New England as a whole.”

She says overseas visitors most frequently pair Boston trips with jaunts to Cape Cod, Newport, R.I., or Providence, as well as the Berkshire Mountains in Western Massachusetts, coastal Maine, or New Hampshire’s White Mountains. “Since visitors simply cannot experience it all in one itinerary, that brings many back to New England for second- and third-time visits,” she says.

While British visitors are most frequently drawn to historic destinations, Germans tend to prefer outdoor adventure, and Japanese tourists typically spend the most time shopping in Boston.

While the U.K. is the leading market, China is coming on strong. Visits from Chinese travelers (both for business and pleasure) grew nearly twice as fast to New England as they did to the U.S. (up 68% vs. 36%, respectively). And Chinese travelers have also been the biggest spenders, staying an average of 23.3 nights in the region.

Currently, New England has a 6.4% market share of all international travelers, with about 1.78 million visitors coming from abroad each year, up 4% from the prior year. (That doesn’t include the steady stream of Canadians.)

Americans, meanwhile, were expected to be less mobile for the holiday weekend, with 34.8 million Americans traveling 50 miles or more from home, reports the Automobile Association of America. That’s down 0.9% from the prior year, which the group attributes to an 8% decline in air travel, “fee fatigue among travelers and a waffling economy.”