Barbasol Writes The Book On Manliness 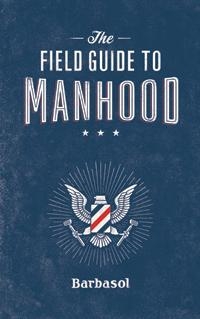 Barbasol is offering a decidedly old-school twist on masculinity, launching its new Field Guide to Manhood on Amazon. Priced at $19.19 (the year the shaving cream company was founded), the manual is an effort to shore up the brand’s macho cred, as well as raise money for the Veterans of Foreign Wars Foundation. It offers advice on everything from surviving a bear attack to acceptable lamps, the power of lard, and of course, handling your beard.

“Over the past 94 years, Barbasol has been there when men went to war, went to work, played baseball, and taught their sons how to shave,” Ken Waldron, Barbasol’s VP of advertising, tells Marketing Daily via email. “We wanted to capture those lessons and time-tested wisdom to pass on to today’s men.” And the company decided to use a book for its content-marketing effort, rather than an app or other digital effort, “because we wanted to create something classic.”

The hope, he says, is that the clever packaging and tongue-in-cheek approach (topics include “Your Friend, Plaid” and “You could learn a thing or two from a hobo”) may get passed down from father to son. “We thought a collection of sacred knowledge passed from generation to generation deserved a more permanent form.” An app wouldn’t have done that, he says: “A book never needs to be updated, recharged or plugged in.”

The 130-page book, written and design by GSD&M, Barbasol’s agency, offers lighthearted nostalgia which he believes will boost men’s connection to the brand.  “We hope our customers feel an extra sense of pride when they see that striped can on their bathroom counter every morning,” he says.

The company’s decision to partner with VFW, instead of a more modern veteran’s group, such as Wounded Warrior, was also a nod to its history. “Barbasol’s even had the honor of being a standard issue for soldiers,” he says, adding the FW will get 100% of the book’s profits. “VFW has been supporting and advocating for our veterans since the early 1900s, so we knew they could truly appreciate this time-tested wisdom.”