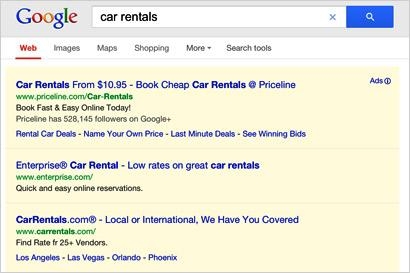 A new analysis of e-business finds that more than ever, consumers find much of Internet advertising irritating and intrusive. The latest American Customer Satisfaction Index E-Business ranking reports that major declines in satisfaction in search engines such as Google -- and social media sites, including YouTube -- have dragged the overall score to its lowest level in more than 10 years.

Tumbling satisfaction is primarily due to search engines, which are still looking for the balance between delivering a solid customer experience, and yet earning revenue from advertising, says Eric Feinberg, senior director of mobile, media and entertainment at ForeSee, the Ann Arbor, Mich.-based company that compiles the index.

Search engine and portal satisfaction slid 3.8% to 76, its lowest score since 2007, with every measured site in the category falling. “The crux of that change is the increasing encroachment of advertisements,” he tells Marketing Daily. “It’s not that the experience has become terrible. It hasn’t changed much. It’s that consumer expectations continue to rise and companies don’t meet that challenge.”

While Google continues to rank as the most satisfying search engine, its score declined 6% to 77. Feinberg points out that this decline accompanies Google’s lower guidance for its macro-business, “and it’s interesting to see that connection.”

Some 22% of all search engine users say the ads are what they like least.

“There hasn’t been tremendous innovation on the search space for a period of time,” he says. “And that leaves the door open for someone to come in with big changes, especially as we see such a sizable shift to the mobile market.”

People are also less happy with social media, which decreased 1.4% to 68, making it one the lowest -coring industries measured by the ACSI. Wikipedia, with a score of 78, is the category’s most satisfying site, “because it has maintained its purity as an information source,” he says. Pinterest’s scores increased enough to move it into second place. YouTube satisfaction falls 3%, Twitter rises 2% to 65, and LinkedIn slips 2% to 62. While Facebook gains 2% to 62, it still remains at the bottom of the satisfaction heap.

“Consumers continue to go to Facebook because all their friends are there,” he says, “but their perception is that the newsfeed approach to advertising is encroaching on what was once a more pure, person-to-person or one-to-many experience.”

Some 60% of social media users included in the ACSI say they ignore the ads they see there, and 20% say they think ads interfere with their experience.

But it isn’t that consumers hate all ads, he points out -- just those that they feel have little to with them. FoxNews, for example, earns the highest marks from users who feel ads they encounter there are relevant to them.

Index scores for news and information sites came in at 73, unchanged for the third year in a row.