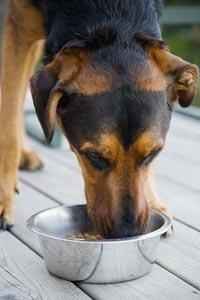 Veterinary services and pet food make up the bulk of the market, with over $21 billion each in sales projected for 2013. However, non-medical pet services -- which includes grooming, boarding, training, and pet sitting/walking services -- is growing at the fastest rate, at 6.0% annually.

While dogs account for two-thirds of sales in the overall pet products and services market, they are showered with 90% of the spending in this non-medical services category.

Although the country has not yet completely emerged from its economic depression, the pet industry continues to perform. Pet product shoppers were not immune to the Great Recession’s effects, but the most recent Packaged Facts Pet Owners Survey shows that they are becoming less price-sensitive than in years past, a trend borne out in the sales data.

Sales in grocery stores have been relatively flat, but pet owners have continued to migrate to pet specialty channels, which focus more on the high-end market.

Part of the trend in the continuing momentum for natural pet food products, as seen in the embrace of natural products by industry heavy hitters ranging from Purina to Hill’s Science Diet to Walmart, as well as in merger and acquisition activity such as Merrick’s acquisition of Castor & Pollux and Del Monte’s acquisition of Natural Balance.

Notably, pet ownership among younger adults has jumped to its highest level in years.

“Half of the adults in their 20s have a dog in the household, up from only a third a decade ago,” said David Sprinkle, research director for Packaged Facts.

Across the pet products and services market, pet health has proven to be a particularly successful sales driver. As the pet population has aged, the interest by big players such as Bayer and Perrigo has increased. Zoetis, Pfizer’s spinoff of its animal health division, received considerable attention from investors.

The humanization of pets continues as a strong trend, with manufacturers and retailers introducing everything from human-style food to temporary tattoos for pets.