Consumers Are Underwhelmed By Mobile Email 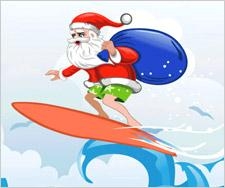 Although more than 40% of users say they now consult their email most often on mobile devices, the experience for them appears to be less than thrilling. According to a survey taken on behalf of the Campaigner marketing company by Juniper during the holidays of 2012, 41% of those surveyed were frustrated by poor mobile design and user experience in their email. Another 24% said they were annoyed that the content they were receiving in their mobile inboxes was either irrelevant or poorly personalized. Only 6% of respondents said they made a purchase directly from the mobile device because of an email promotion they received there.

The largest share of respondents to the survey -- 37.2% -- couldn’t say whether mobile marketing email had any impact for them. In fact, only 14.3% admitted that these messages helped save them money or find new deals. Twenty-one percent said they looked at the messages but failed to act upon them, and 27.5% said they were overwhelmed by marketing emails and deleted them.

The main culprit in mobile email dissatisfaction appears to be the irrelevance, which 23.5% of respondents cited. Bad design that uses too much text or was hard to read was cited by 14.8%, while 9.6% said the message made it difficult for the user to respond. Others complained that the messages were not mobile-friendly (8.8%), and 7.7% said it was tedious to have to scroll so much.

In order to grab mobile users' attention, 24.1% said they responded to the familiarity of the sender's name. Sixteen percent were motivated to read a message by its subject line.

Campaigner, which of course offers a responsive design solution that addresses many of the concerns raised by the survey they commissioned, offers some simple advice. Marketers should ensure that an incoming email looks visually interesting on a mobile device and that its basic elements are easy to read. Marketers should also make it easier for device users to respond to these messages with links and buttons that are conducive to touch interaction on a small screen.