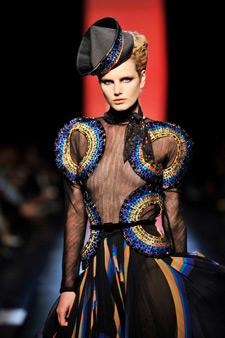 When it comes to selling luxury via social media, some brands are far more artful than others, according to a new analysis of social-media platforms from L2’s latest report.

The report ranked some 250 prestige brands across 15 social media platforms. Swarovski is batting a thousand and present on all of them, followed by fast-fashion chain Uniqlo, active on 13.

“Prestige brands are present on an average of seven platforms, with 15% on 10 or more,” writes Scott Galloway,  professor of marketing at New York University’s Stern School and  founder of L2.  “Brands are still searching for the right balance between promise and performance and, as costs increase, will likely pare down the number of platforms they invest in.”

Russian retailer GUM isn’t on any, and Rolex, long a social media holdout, only recently established a Facebook presence.

The trend L2 says matters most for marketers, though, it “the rise of the visual web,” platforms that are maximizing photos and videos for a greater connection with users.  Visual platforms, especially Instagram, are registering 25 times the engagement of community-based platforms, it says.

Instagram, which has mushroomed from 40 million monthly users to 100 million in less than a year, has a level of engagement (a score measured by computing the number of likes, comment and sharing) that is 18 times greater than Facebook, and 48 times that of Twitter. Only six brands, led by Chanel with 2.7 million hashtag mentions, register a million or more uploaded photos on Instagram. Other popular Instagram brands include Victoria’s Secret, Topshop, Michael Kors, and Burberry.

Pinterest, by contrast, is less powerful, with 40 million unique monthly visitors, and only four brands generating more than 200,000 followers. Nordstrom is largest, with more than 4.5 million followers, roughly double the size of its Facebook crowd, followed by Swarovski, Benetton and Anthropologie. In contrast, 32 brands have done so on Instagram.

The speedy nature of Instagram, designed just for mobile use, makes it easy for brands to stand out, the report says. Swarovski, for example, used Instagram’s video tool to invite its followers to hashtag videos and pictures of something shiny for an #InstaSparkle contest, offering prizes. It collected more than 6,300 pieces of content in one month, and boosted its Instagram followers by 19%.

And Lululemon Athletica says its conversion rates doubled once it linked its #thesweatlife Instagram gallery to product pages.

The report points out that the cloud of skepticism hanging over social is there for a reason, citing research that “less than 0.25% of e-commerce customer acquisition has come from Facebook and less than .01% from Twitter,” and adding that customers acquired via social are less valuable than those gained via search.

And as the rate of  customer acquisition from paid search and email continues to zoom, “our data suggests digital role model Burberry has steadily decreased investment in Facebook, reallocating capital to traditional CRM and e-commerce infrastructure upgrades.”

Still, advertisers are using both retargeting and mobile for more conversion and engagement.

Despite its low engagement scores, Twitter remains effective, especially with the fashion set, with the analysis finding that “seven of the top 10 Twitter accounts with greatest ratio of retweets are fashion brands, including Chanel, Saint Laurent, Dior, Michael Kors, Burberry, Balenciaga, and Louis Vuitton.”