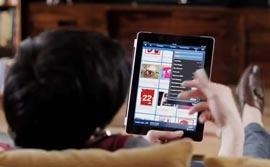 Affluent consumers have become the most digital-savvy, using multiple devices to research purchases online before they buy. And when it comes to the best online ad formats to reach these potential customers, 45% prefer to watch videos of the products and how they are used or worn, according to a study released Wednesday -- although many find these clips by conducting a search.

In three distinct emerging markets -- China, Brazil and Russia -- luxury buyers conduct the most research. They are the most reliant on digital media on the path to purchase. They are also the most frequent luxury purchasers. About 56% of these buyers are females, who are about 37 years of age. In the past two years they purchased about 22.7 luxury items, and they spend $2,600 on average.

In these new markets, 92% of luxury buyers use the Internet to search for information prior to purchase, although the study suggests that's pretty common across the board. In fact, 90% of consumers making luxury purchases research products on the Internet before purchasing.

Interestingly, consumers in mature markets like the United States, Germany, England, France and Italy consult half as many sources as the new markets, but the Internet still plays an important role with more than two-thirds researching online before they purchase. These buyers are split -- half men and half women. The average age is 46, and they purchased 12.9 luxury items in the past two years, spending on average $2,288.

The Japanese market relies on the fewest number of sources to research their luxury purchase. Still, half of the consumers in this market segment research online before they buy. Among the buyers, 64% are males, with an average age of 49. They purchased 5.7 luxury items in the past two years.

The study analyzes people who made at least two luxury purchases in the past two years, focusing on the top 5% to 8% richest consumers, whose last luxury purchase had an average value of $2,500. The findings suggest the best ways to reach these affluent shoppers by discovering how digital media influences the way they shop.

Among consumers in all three markets, between 98% and 99% use the Internet daily. In the new and mature markets, luxury buyers use more than three connected devices on average. In the Japanese market, they use more than two connected devices. On average, luxury buyers use their smartphone to shop twice as many times as the general population and four times higher on tablets.
affluent, china, demographics, europe, google, japan, luxury, mcommerce, path to purchase, russia, search, video
Next story loading