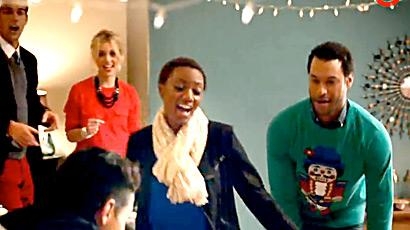 With a little help from a former CIA operative, Target is introducing what it hopes will be a digitally delightful new holiday marketing campaign. The hashtag-driven campaign theme is #MyKindOfHoliday, and in addition to TV, the retailer will use Twitter and Instagram to tell shoppers about great deals, while encouraging them to share their favorite holiday traditions. And it’s introducing The Gift Detective, using a former spy to help parents figure out what kids really want.

The Minneapolis-based retailer says even its confetti-filled TV spots were inspired by social media: Each of the moments seen in the ad came from creative ideas the retailer found on Pinterest and other forms of social media.

Ads, created by 72andSunny, wrap in the #MyKindOfHoliday hashtag, asking shoppers to join in the online conversation, and the company promises weekly Instagram challenges, how-to photos and videos, as well as last-minute shopping wisdom on Twitter. Earlier this week, Toys R Us announced its holiday campaign would also center on a hashtag: #WishinAccomplished.

And in an effort to make its list-building app stand out from the competition, Target has tapped Jonna Mendez as its Gift Detective, offering tips on how to tell which of the many items a child is clamoring for is the most important.

Mendez, who spent 25 years at the CIA and markets herself as the Master of Disguises, will offer playful techniques to mom bloggers, who will then post videos to show how they are using her tricks to get closer to the perfect gift.

“Before parents can start shopping for holiday gifts, they need to solve the puzzle of what their kids want most – which often extends beyond the toy aisles,” the company says in its release. “Target offers guests tools to build their lists, including a dedicated online portal, our annual kids’ gifts catalog and the Kids’ Gift Detective, who brings some lighthearted fun to list building.”