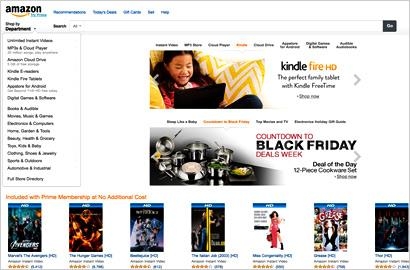 If there’s one thing retailers are keenly aware of, it’s that keeping up with the rapidly evolving landscape gets more difficult every day. And there are those who believe that the next five years, powered by such trends as smart phones, sweeping demographic shifts, and radically transformed consumer expectation, will be Kryptonite for brick-and-mortar stores, creating more painful change than in the last century.

Certainly, e-commerce is a huge factor. But it’s not that simple, and Steve Noble, a principal in McKinsey’s Minneapolis office and co-author of the report, is quick to point out that brick-and-mortar stores should still account for approximately 85% of U.S. retail sales in 2025.

But he and other retail consultants at McKinsey have identified five critical trends, arguing that only those who can keep up with them will survive.

One trend is tremendous upheaval in business models, with categories, channels and formats constantly blurring. “Even two years ago, retailers could ask themselves, ‘What business am I actually in? Who are my main competitors?’ and it was much clearer than it is today,” he tells Marketing Daily. Dollar stores sell food; many more brands sell direct to consumers, and Google Shopping, already offering more than one billion products, may soon open retail stores.

Another is highly personalized marketing, increasingly driven by data. “Retailers once got customers by putting the right product out at the right time, hoping the right customer would see it,” he says. These days, “35% of what consumers purchase on Amazon and 75% of what they watch on Netflix come from product recommendations based on such algorithms.”

At the same time, stores are grappling with the realization that their own marketing and messaging has far less impact on potential customers than customer reviews and rankings.

The ability to harness the power of mobile is also vital, with smartphone ownership expected to hit 60% in three years. And many stores are effectively trying to find ways to integrate mobile experiences into in-store experiences.

And just as important are good old-fashioned demographics, each creating considerable differences in shopping preferences, including:

* Baby Boomers, the 47 million households driving growth in such major categories as food, housewares and apparel.

* Hispanic consumers, a group that is expected to double in the next 10 years, accounting for almost one-fifth of total retail spending.

It’s worth noting, he says, that of the 10 largest retailers a generation ago, six no longer make the list, including Sears, Kmart, JCPenney and A&P. “So history would suggest that change will continue in another generation. But for stores that are trying to understand these trends and new sources of growth, the odds of surviving are much greater.”