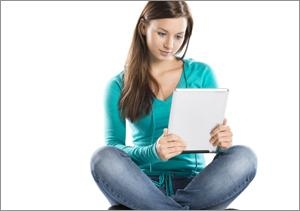 Reaching Millennials is harder than other generations -- what with all their multitasking and connected devices -- but the payoff for actually getting through to them may be greater.

According to a new study by YuMe and IPG Media Lab, Millennials are more distracted while watching video content, with 94% of them reporting that they are often multitasking when watching video (49% said they were multitasking with other connected devices), which leads to overall lower ad recall.

However, the ads that do reach Millennials (particularly those that come through a smartphone, the demographic’s device of choice for consuming  video content) tend to make a greater impression than among other  generations.

“They’re highly distracted individuals,” Paul Neto, research director at YuMe, tells Marketing Daily. “But even though the ads have to work hard, these Millennials are very impressionable.”

Among Millennials who watched an ad on a smartphone, for instance, 9% said the ad indicated the brand was “on its way up,” compared with 6% of Gen Xers. Millennials also had higher impressions of quality, modernity and respect for brands that reached them with video ads on a smartphone. (Notably, those impressions were significantly lower when considering video ads on a tablet.)

The opportunity for marketers is in reaching Millennial consumers across devices, Neto says. With the prevalence of multitasking comes the opportunity to plan for message duplication and exposure timing across different devices, he says.