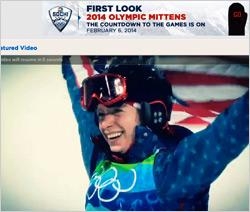 Instead of competing over Olympic coverage, Yahoo and NBC Universal are teaming up next year to offer live streaming and digital video highlights of the Sochi Games.

The alliance is part of the broader content, promotional and distribution agreement Yahoo and NBC signed last year to collaborate online and on-air around high-profile sports events and develop original programming. Until now, however, the two media powerhouses have typically wrangled over which drew the biggest audiences and most usage when it came to Olympic coverage online.

Under their deal for the upcoming Winter Games in Sochi, Russia, however, Yahoo will have access in the U.S. to all exclusive digital video highlights and streaming video on NBCOlympics.com, helping to create a daily Olympics show with NBC. It will also integrate products like Tumblr, Yahoo Search, and Flickr into NBC’s broadcast of the games.

Yahoo Sports and NBC Sports will also jointly provide news and analysis for digital segments to be promoted to both NBCOlympics.com and Yahoo users. When it comes to ad sales, each will continue to sell its  own inventory but will cross-promote each other’s content to spur overall traffic.

NBCOlympics.com plans to offer more than 1,000 hours of live Winter Olympics coverage of the 18 days of the Sochi Games plus full-rewinds and extensive video highlights. While NBC gets wider distribution through the Yahoo deal, the Web giant will be able to to link directly to the live and on-demand video from NBCOlympics.com.

“For the first time, our audience can jump right into watching highlights and live events on the NBC Olympics experience from Yahoo,” said Ken Fuchs vice president of Yahoo global media and head of Yahoo Sports and Games, in the companies’ announcement Monday. That, in turn, could help the site draw a larger audience online for the event.