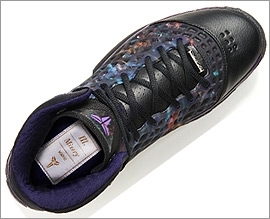 Nike posted some powerful gains for the second quarter, partly due to marketing its new product launches. The Beaverton, Ore.-based company says revenues for Nike Inc. rose 8% to $6.4 billion. Revenues for the Nike brand climbed 9% to $6.1 billion, and it says it saw growth in every product type, geography and key category. For its Converse brand, revenues increased 11% to $360 million.

It dialed up marketing spending some 13% to $691 million, “driven by marketing support for key product launches, consumer running events and upcoming global sporting events, including the World Cup and Winter Olympics,” it says in its release. It also increased its operating overhead 14% to $1.4 billion, in part due to investments in digital innovation.

Meanwhile, the company has decided that Misery loves company, and is rolling out the latest Kobe Prelude line. The Kobe Prelude III, with a “fresco-inspired” look, tells the emotional tale of Kobe Bryant’s Game-6 loss to the Boston Celtics back in 2008.

In videos supporting the launch, Bryant describes that loss as pure misery, but ultimately a career-defining (and character building) moment. Misery is just the first: A total of eight shoes, each with different “art movements,” will be revealed, week by week, paired with key career milestones in the NBA legend’s life.

And its Jordan Brand is celebrating the holiday season with a new collection geared for Christmas Day. “The visual elements in each shoe are inspired by air travel, paying homage to the spirit of traveling to be with family during the holiday season,” the company says. “Each shoe features flight patterns and circular radar imagery representing a busy air traffic control station. The bright colors and reflective materials on the upper are complemented by dark accents and a speckled pattern on the outsole.”