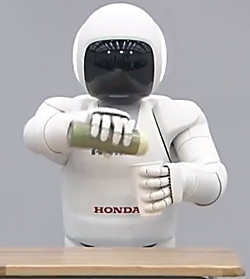 Social media was a popular subject this year, as most-reads involved Vines, tweets, fans, Instagrams and YouTube. The upside: done with foresight and just enough restraint, plus focus, humor, and a bay leaf or two, social can create a brand experience that garners sales, attention, and maybe even affection.

A story in April looked at Analytic Partners' data showing that half of consumers between the ages of 18 and 44 base brand loyalty on brand experience, including digital. About 63% of buyers in the study said they still act on such “experience” factors as positive buzz. Seventy-five percent of respondents said online reviews play a major role in the purchases they make.

A story about Volvo's well-dressed chihuahua was a top read in late May. If you can't find a cat for a social campaign, use a small dog. In the effort, via Arnold Worldwide, Volvo juxtaposed ostentatious luxury with Volvo's understated premium position with the dog representing the former. The automaker boosted digital spend 40% this year with social media at the forefront of that.

Honda used Vine to do real-time videos as part of its summer clearance campaign. That was popular, and not least because they were early into the six-second game. The company posted live videos responding to real-time tweets about why they needed a new Honda at  #wantnewcar.

Mercedes-Benz extended the spike it got for the CLA in the Super Bowl with a couple of programs (detailed in two popular stories). First, a video program in which filmmaker Casey Neistat, who had worked on Nike Fuel Band, shot four Millennial-centric films. Then Mercedes tapped five Instagram photographers to do with photos something along the lines of what Neistat did with video. The photographers -- chosen for aesthetic, sheer fan numbers and fan engagement -- did Mercedes-Benz CLA road trips over the summer with lots of fan voting.

Very cool gadgets always draw views, especially when they involve incredibly weird ways to fly. So it may have been the photo of the guy on a hover-cycle that got reads for Honda's Innovation campaign hosted at HondaInnovator.com. It was Honda's first corporate-image effort that also talked Honda cars, in this case the Civic.

Chevrolet got attention for backing a social media effort kicking off the third year of its partnership with MLS team the L.A. Galaxy. The “Galaxy Social Hub Connected by Chevrolet” hosted online commentary and conversations among the team's fans.

Readers were intrigued by Toyota's website revamp that made its web presence at Toyota.com scalable to any and all screens. The redesign included a new iPad app to help vehicle comparison and customization. Among changes to Toyota.com are long-form pages that scroll not just vertically, but also horizontally, which makes sense if you are using your fingers to swipe pages on a smartphone.

Enterprise-software firm SAP and GE have done a lot to get people interested in the brands that most people don’t think about. SAP’s VP marketing Michael Brenner joined GE's Paul Marcum, director of global digital marketing and programming at a Business Insider conference. They took to the stage to talk Twitter, Facebook, Instagram and social media ROI.