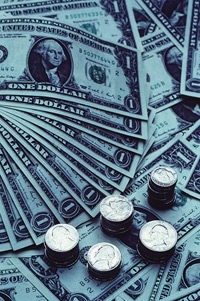 Google, still heavily dependent on revenue from advertising, has added another tool to AdSense that lets publishers sell ad space directly through their accounts. The tool, which automates the transaction, gives the Mountain View, Calif. company 15% of all transactions with little involvement. Invoicing and billing will be processed through Google Wallet.

AdSense Direct allows publishers to fill the unsold inventory space on U.S. publisher sites with third-party ad campaigns. It also enables publishers and advertisers to complete the transaction directly through the Google AdSense platform, bypassing the complexities of DoubleClick for Publishers (DFP). While automation plays a major role, Google still approves the ads.

Once a publisher negotiates an ad price with an advertiser and agrees to run ads, the sales team enters the parameters into the company's AdSense account and sends a link to the advertiser, which will upload the finished creative with images and text into the system for review. Invoicing and billing are processed through Google Wallet.

Google does not set a limit on the number of impressions served during an AdSense Direct campaign. The same ad will serve up in the ad unit selected for the duration of the campaign based on the time zone of the account holder. There are limitations, per Google. AdSense Direct cannot run through dynamic allocation within the DFP account. Publishers need to traffic a specific line item within DFP.

Automation through technology drives down costs and can offset eroding margins. The more Google can automate ad sales for publishers and advertisers, the higher the profits needed to offset research and development investments into new ventures like driverless cars and contact lenses that detect glucose levels, although they could result in long-term higher revenue and profits.

Google executives typically provide limited details on factors needed to assess initiatives driving the erosion of the company's margins, per Pivotal Senior Research Analyst Brian Wieser. "Some investments can be viewed as helping to create a 'moat' around strategically critical activities," he writes, pointing to YouTube and Android. "However, we see no such synergies in balloons offering Internet access over New Zealand, cable overbuilds in Kansas, robotics, contact lenses and medical diagnostic equipment, home heating systems, etc."