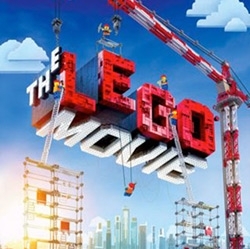 Dannon is using a text-to-win component for the first time in a mobile campaign tying into the hit "The Lego Movie."

It offers consumers chances to win a VIP tour of Warner Bros. Studio, tickets to see the film, or autographed movie posters.

On entering by texting to a supplied short code, consumers also receive a link to download a custom film-themed wallpaper for their phones or computers (shown above).

Mobile and SMS over-index with Hispanic audiences, and reaching consumers while they're in-store, in the yogurt section, with a text-to-win engagement device is designed to cut through the clutter and drive purchase, shopper marketing manager Freddy Mino told Mobile Marketer.

“In a crowded category, it’s important to draw attention to our product innovations and new offerings,” Mino noted.

The contest is being promoted through point-of-purchase signage in a network of southern California stores serving over five million consumers weekly, plus a media buy including radio and print circulars.

Dannon certainly picked a winning tie-in property. "The Lego Movie" ranked #1 at the box office for the third weekend in a row on Feb. 22-23, and has grossed $183 million domestically and $23.1 million overseas to date since it was released on Feb. 7.