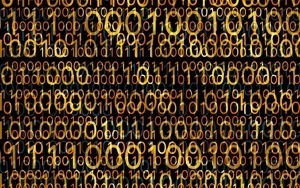 Brands have begun to attribute return on investments for earned media, but what happens when consumers become incredibly responsive to the campaign and the manufacturer isn't prepared for success? Starcom MediaVest and Visible Measures built a benchmark and process capitalizing on large data sets and earned media campaigns to predict the outcome.

The two companies have explored data using multivariate analysis with performance profiles on past campaigns to identify three clusters of variables that have a high statistical significance on the outcome of earned media. These are content, publisher and network, and media placement.

They found that a campaign reaching 2 million viewers in the first week of its launch will have a different earned media influence compared with the same amount of views in 10 to 12 weeks.

Timing is everything when trying to predict and measure the ROI for earned media, but managing expectations for positive results becomes even more challenging. For one car manufacturer, earned media became so successful that dealerships sold out of the model before the car maker could handle the volume.

Seraj Bharwani, chief analytics officer at Visible Measures, admitted to dropping the ball on that campaign while moderating The Science of Predicting Earned Media session at South by Southwest Interactive (SXSWi). "For us it was more media, more excitement, more people wanting to test drive the car -- what's wrong with that?" he said. "We learned later that it was so successful that people are waiting for the new model as opposed to clearing out the inventory of the older model."

This success feeds into the reality of the way the marketplace works. The brands need to adjust to the consumers' adoption curve, Bharwani explains.

Failures are signals to help brands build better campaigns the next time. Traditional media metrics like television are about distribution, measures of audience, which is completely different than digital, said Baba Shetty, chief strategy and media officer Digitas LBi.

Questions from the audience brought to the Q&A microphone Viral Spiral Founder Damian Collier, which manages the video sensation Charlie bit my finger, asking how to manage client expectation.

It takes data to manage it and not someone's dream to achieve the paid-to-earned ratio, explains Kate Sirkin, EVP global research at Starcom Mediavest Group, the company behind the Samsung product placement and Ellen DeGeneres selfie campaign during the Academy Awards. "The data tells you many brands don't achieve that, so it's not realistic to expect it," she said. "The data also tells you what it takes to succeed."

The panel, which included Marty Baker, senior manager global digital content at Hershey, agreed it's important to manage expectations through data before the campaign gets underway.

"There's never been a campaign that's failed, ever," Bharwani said. "It's been a failure at managing expectations."