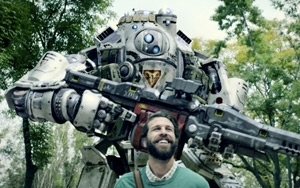 Online forum Reddit has been a primary source of leaks for Titanfall, the new video game franchise from Electronic Arts and Respawn Entertainment, out March 11.

Now, EA's creative agency Heat is taking the buzz beyond the online forum with a multichannel campaign to launch this eagerly anticipated new title.

The massive effort for Titanfall blends traditional, programmatic and social tactics, while concentrating on specific demographics via specific channels. Still, the major focus of the "Life is Better With A Titan" campaign is to infiltrate the Titanfall brand deep into the gaming and Internet communities, and “create a movement that captures something far more valuable than media share of voice -- audience share of culture,” says Mike Barrett, managing director of communications planning and media, Heat.

Company executives have declined to disclose spending for the campaign, except to say it is "massive." Indeed, video game companies are increasingly opening up their wallets to promote their games. Take-Two Interactive and Rockstar Games, by comparison, reportedly spent $150 million to market "Grand Theft Auto V" last fall.

To appeal to gamers and the tech-savvy, the campaign is blanketing Internet channels to achieve content ubiquity. To that end, the title will be advertised via in-game advertising, EA YouTube channels, Xbox Live, Facebook profiles, and with animated campaign banners. Meanwhile, the “Drop A Titan” GIF generator at DropATitan.com provides tools for anyone to create an animated GIF to drop a Titan on images that symbolize life’s annoyances.

Mainstream audiences will be targeted through 30-second and 60-second TV ads airing nationally. These spots, titled “Shadow,” demonstrate that everyday life is better with a Titan by featuring how the Titan character shadows a “regular guy."

Expectations are high both for the game and the campaign, says Barrett. After all, "Titanfall" is the first game developed by the creators of "Call of Duty" since they left Activision and started their own venture, Respawn Entertainment. The title is also the first major new franchise series for Microsoft’s next-gen console system Xbox One. Plus, the Titanfall beta launch alone had 2 million players and buzz has been “through the roof," say Heat executives.