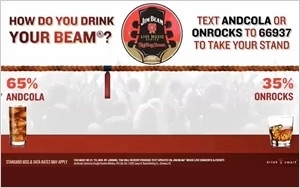 HelloWorld has undergone an extreme makeover. Since 2011, the Detroit-based agency acquired five companies, incubated a new company and sold it as a spinoff. Then the shop was acquired by a private equity firm, and in January, rebranded from ePrize to HelloWorld.

"We wanted a name that represented brand engagement in three ways," says Matt Wise, CEO, HelloWorld. "Hello serves as an introduction between two parties. People say, 'Hello, I haven't seen you in a while.' Similarly, brands can use 'hello' to introduce themselves to consumers, or if they haven't interacted in a while, they use our capabilities to reconnect, which ties back to our capabilities in CRM and loyalty."

The World part of the name “represents brands talking to either a single consumer in a local market, or to a mass audience across multiple languages and platforms all over the world,” said Wise. “Finally, when software designers develop new applications, they test the version using the code HelloWorld, which ties back to our technology roots and in developing a rich engagement platform."

Now the company is plotting to redefine brand engagement. As such, HelloWorld has shifted from its primary expertise as a sweepstakes company to become a toolkit for multilevel consumer engagement. HelloWorld's SaaS capabilities merge what previously took multiple vendors and custom software development into a single, easy-to-use platform with capabilities in promotions, loyalty, live events, mobile CRM, and analytics.

"Historically, companies have launched individual Facebook promotions, loyalty programs, 5% off coupons at point-of-sale, smartphone engagement," says Wise. "It involved a whole slew of vendors and required planning six months out. Now, our software allows brands to do everything under one unified platform."

Up next, HelloWorld wants to empower brands to control their own campaigns, says Wise. "We can send text messages on behalf of a brand, create promotional campaigns, execute live event engagement tactics -- or they can manage campaigns by logging in to a secure dashboard."

A recent example is the work the shop did for client Jim Beam. HelloWorld helps the client activate sponsorships at various concerts with mobile experiences for fans throughout the day and with on-site JumboTrons that engage fans with real-time messaging. Jim Beam can control the campaign via the HelloWorld platform.

"Rich engagement isn't really in the lexicon of many brands. They do social media or they may let consumers click on banner ads, but a rich engagement platform brings together all the ways consumers can interact with a brand," says Wise. "You may have great Facebook messages and point-of-sale materials, but if your coupon doesn't work at the register, you have wasted all of your money on promotion. It all needs to come together or else it will flop."

HelloWorld, based in Pleasant Ridge, MI, works with Coca-Cola, Microsoft, The Gap, Live Nation, Yahoo, and Procter & Gamble, among others, and has more than 400 employees across seven different offices.