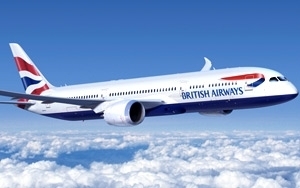 British Airways (BA), part of the International Airlines Group, is adopting a new streamlined marketing structure that combines marketing, loyalty and digital marketing communications, as well as advertising remit under one agency. In short, BA will be managed by one aligned team, with a shared set of commercial objectives.

Yet, this new model wasn't always the intended outcome when BA put its account in review last August.

“We launched this pitch in order to explore the agency market place and see what was on offer, as we had had some of our larger agency contracts for many years," says Abigail Comber, head of marketing, British Airways. "Being conscious that the agency market place and consumer consumption of advertising has changed, we set out a challenge to put engaging content at the heart of every piece of communication, whatever the channel."

Despite competition from agencies that included SapientNitro, incumbent agency Bartle Bogle Hegarty (BBH), which has held BA's creative account since 2005, will head this new structure.

Ultimately, BBH won the review by pitching the idea that today's marketing and advertising requires a team approach. As such, BBH has formed a joint venture with Simon Hall and Warren Moore, co-owners of the e-commerce consultancy Seven Seconds, to deliver "highly connected" communications that leverage data and technology. Still, this joint venture is specifically for the BA account.

"The model we have tabled for British Airways is future facing, performance-driven and digitally focused," says Ben Fennell, CEO, BBH London. "Our partners Hall & Moore bring complementary and different skills, but a completely shared vision for how 'To Fly. To Serve' can power British Airways’ business and brand.”

BBH has worked with Hall and Moore previously as it shares a client with Waitrose.

Adds BA's Comber: “The BBH team didn’t rest on its laurels and really pulled out all the stops to create a bespoke solution, pulling together talent from different pools and demonstrating that they can manage our account across the range of disciplines.”

Meanwhile, incumbent agency, e-Dialog, which is responsible for the airline’s email marketing, has successfully pitched to continue in that role under its parent company’s name: eBay Enterprise Marketing Solutions.

No date on the first work. BBH will be implementing the new structure over the coming months.

In the U.S. British Airways spent $2.325 million on advertising between January 2013 and September 2013, down from $9.036 million during the same time frame in 2012, according to Kantar Media. This difference, however, is largely due to the 2012 London Olympic Games which boosted BA's brand awareness. The airline’s total global spending wasn’t immediately available. BA has its home base at London Heathrow and flies to more than 70 different countries. British Airways carries more than 40 million customers a year.