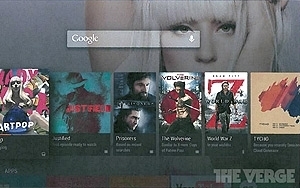 Google already has several back doors into the consumer's living room through television, but the next one will give it a clean line of sight through a Web of internet-connected devices. We already know about Google Play and Google Chromecast HDMI Dongle. Now reports put Android TV at the center of the company's foray into the living room from the Web through a set-top box. The television becomes one of the last cross-channel connected devices that Google needs to gain a complete view of consumer behavior.

The March acquisition of Green Throttle, which supports gaming and accessories, became one the latest to give Google a complete picture of the consumer's journey from the Web to mobile to television. The acquisition spurred rumors of the company's foray into the set-top box. The company had behind it Charles Huang of Guitar Hero, and Matt Crowley and Karl Townsend, who worked on the initial iteration of the Palm Pilot.

Android would become the brains of a set-top box, allowing Google to expand its third-party infrastructure of games and apps for television that consumers download through Google Play. It would compete with Amazon Fire TV, Microsoft Xbox One, and Sony PlayStation 4.

The connected world puts content in the spotlight. Companies such as Google, YouTube and Yahoo have separately spent years building an infrastructure of content. Microsoft announced Monday its commitment to six original TV shows through Xbox Entertainment Studios, as well as new developments in online video from Yahoo and Amazon within the past week.

aimClear, with its roots in search engine marketing, will soon put the finishing touches on a local multimedia newsroom at its Duluth, Min. office. Founder Marty Weintraub calls it "a state-of-the-art video production facility" to support multimedia journalism.

While it took Microsoft years to build Bing into its set-top-box entertainment system, Google search will likely launch with the box connecting consumers from the television to the Web. The back door from the Web to the television and on to mobile devices will give Google a complete view of consumer behavior, and we may soon see the ubiquitous online ecommerce infrastructure tying together all Internet-connected devices.

It has become apparent that Google tests some of the technology rumored to appear in Android TV on the Web through Google Shopping and text ads, as "scrolling cards" become the interface and images become more important to describe display content. Reports describe the interface as "scrolling cards that represent movies, shows, apps, and games sitting on a shelf." A four-way directional pad allows consumers to scroll left and right through different suggestions, or up and down through different categories of content, each with their own shelves. Similar to the Google TV controller, the Google Android TV control will have Enter, Home, and Back buttons to help navigate the content.

And I promise it won't become a shock for me to eventually learn that Google's watch ties into Android TV.