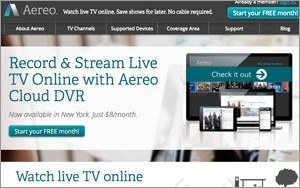 Here’s another reason that TV broadcast networks are trying so hard to stop Aereo: A new study reveals that many U.S. viewers would considering buying it.

About 40% of pay-TV homes said they would likely cancel their TV service and replace it with Aereo if it was available in their market, according to a study from Centris Marketing Science. Another 13% were undecided. Centris believes this suggests “even greater conversion as consumers learn more about the service.”

And for those TV homes that are using new over-the-top video services, there is even a stronger consideration to sign up for Aereo, an Internet-delivered TV service that offers TV broadcast stations and networks, among other programming.

Those homes are 45% likely to replace pay-TV service with Aereo, with 17% of this group saying they are unsure.

There is better news for Aereo as it waits on a Supreme Court decision in a few weeks. Among those who have no current pay TV service, 53% of these households said they would buy Aereo if it becomes available in their area. Currently, Aereo is available in fewer than 20 markets nationwide.

Broadcasters have made many legal challenges to the business of Aereo over the last year or so because the service does not pay any retransmission fees to networks for its content. For its part, Aereo says it provides individual “digital” antennas to its customers -- similar to over-the-air antennas. As such, it doesn’t believe it needs to pay retrans fees.