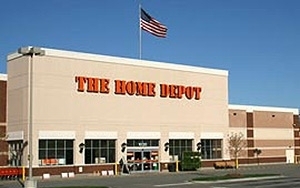 A new survey of America’s wealthiest 10% reveals a strong optimism about the months ahead, and a continued commitment to their favorite things: Cautious spending, aggressive saving, and shopping at Costco, Target and the Home Depot.

In its latest report, the American Affluence Research Center finds the country’s richest are looking forward to major home improvements, with the accompanying large furniture and durable good purchases that go with them, in the months ahead.

This wave of research also finds, as have past studies, “that most affluents still tend to live within their means, spending wisely. They aren’t the glittering rich -- the Wall Streeters, entertainers, professional athletes or the 1-percenters who spend a lot on showy luxury brands,” president Ron Kurtz tells Marketing Daily. “Their favorite places to shop, consistently, are those that provide strong value, like Costco, Target and the Home Depot.”

“We’ve found that there is a lot less volatility in these people’s financial lives than those who are in the top 10% based on income,” Kurtz says. “And for the most part, they are feeling very comfortable right now. Their stock and real estate holdings have survived the recession and its aftermath and recovered. And their actual spending was a little stronger than our last forecast.”

Only 36% say they are planning to defer or reduce spending in the next 12 months, an improvement of 8 percentage points from last spring’s survey. And the group’s assessment of the country’s current business climate is a full 16 percentage points higher than last spring.

Some 25% intend to remodel their homes, and 25% plan to either lease or buy a new vehicle. And 17% plan to take a cruise.

He is also skeptical of many of the predictions made about affluent members of Gen Y, and how they will settle into their own version of American ease.

“We don’t see many of them in our survey, since so few have amassed enough wealth to be at this level,” Kurtz says. “But if you had made predictions about how Baby Boomers would spend their money, back when they were protesting the war, you’d have been wrong. So I’m not sure we can make good projections about how Millennials will be spending their wealth 30 years from now.”