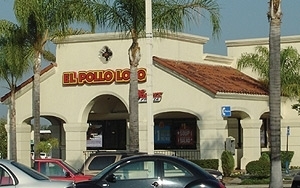 El Pollo Loco took to social media asking its more than 14,000 Twitter followers and 100,000 Facebook fans to express their passion for the brand's fresh ingredients in its fire-grilled chicken by submitting a slogan -- 10 words or less -- using the #CrazyYouCanWear.

In return, the brand will put the winning slogan on El Pollo Loco's crew uniforms later this year. The person who creates the catchy phrase will receive El Pollo Loco free for one year, valued at more than $500.

With a "modest budget," Mark Hardison, vice president of marketing at El Pollo Loco, said as of 3 p.m. PST Tuesday there were several hundred entries in a matter of days. "This is the first time we asked fans to help us with this type of opportunity," he said. "It's been fun."

El Pollo Loco will take slogan submissions through May 2, with finalists announced May 6, on the brand's Facebook Page, and a winner selected May 12. The brand is looking for slogans that highlight its menu items, from its signature citrus-marinated, fire-grilled chicken, handcrafted entrees, to the brand's fresh made salsas or handmade guacamole. Brad Totten, @custadvocate, tweeted "Keep it LOCO," while @eocnnor hit back with "Guac this way"

Judges will look for humor, creativity, relevancy to current topics, and the likelihood that people would want to purchase a t-shirt with that slogan on it.

Bing search engine results stream the tweets down the right rail, but there are no search ads promoting the campaign. There are search ads using the brand's name on Google, but none of these highlight the promotion either.

While the social campaign demonstrates how the brand can find potential and existing customers, ironically the majority of its marketing and advertising budget goes to broadcast media in local markets like southern California. "Digital is a very small percentage of the advertising budget today," he said. "I expect modest growth during the next few years. As we find more success with programs like this, it will accelerate the growth.

While I lack the empirical evidence to back up this assertion, I'm willing to bet many of El Pollo Loco's customers try to eat healthy, find their restaurants via smartphones and would benefit from an app to order online and pick up in the store. The majority of its customers probably would rather drive through for a boneless, skinless chicken breast than stop at McDonald's for a hamburger. And while these consumers range in age from 15 to 65, many likely rely heavily on mobile phones to communicate and receive information.