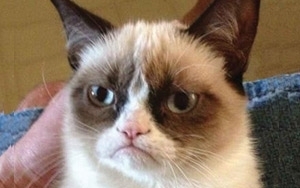 Nestlé Purina PetCare’s Friskies brand is launching a takeoff of the Forbes Celebrity 100 focusing on influencers of the four-legged variety.

While some cat celebrities, like Grumpy Cat, have become household names, other newcomers are popping up on a daily basis. The Friskies 50 will keep cat lovers informed on the status of their favorite feline celebrities along with any up-and-coming kitties.

Utilizing an algorithm based on each cat’s social media reach and engagement levels across various social platforms, the Friskies 50 compiles the most influential Internet cats every month and ranks them in order from 1-50 at Friskies50.com.

The index methodology also takes into account the cat’s presence in traditional news such as recent mentions in print and online articles. While each cat’s ranking is strongly influenced by the number of social channels the cat is engaged on and the level of media coverage they receive, a key factor is also the public's reception of the content and coverage.

With the Friskies 50, users are able to view how cats rank each month depending on their score from the previous month. Arrows displayed alongside each cat's name indicate upward or downward movement. For example, upward indicators in green show an increase in score and downward indicators in red show a decrease.

“But with such a cluttered landscape, where do you start?” asks Belongie. “Friskies is committed to being a leader in Internet cat culture and we saw an opportunity to help cat lovers navigate the crazy, wonderful world of Internet cats with the Friskies 50. We hope people love it as much as we do.”

All data collected is publicly available.

The Friskies 50 Web site not only offers the rankings of the most influential cats, but it also allows users to submit a cat that might have what it takes to be considered for the list. Users can enter the name and the links to the cat’s social media properties and let the algorithm do the work. If the cat makes the cut, he/she will be on the next month’s list. In addition, users can subscribe to receive monthly updates on their favorite influential cats.