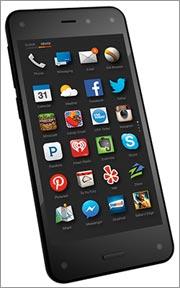 The Federal Trade Commission dropped the hammer on Amazon Thursday, accusing the retailing giant in a lawsuit of letting young children run up charges on their parents’ credit cards through in-app purchases.

The FTC is seeking a court order requiring Amazon to reimburse parents for unauthorized charges incurred by their children, and permanently banning Amazon from billing parents and other accountholders without their consent. The agency says thousands of consumers have complained about the charges by their children, amounting to millions of dollars in unauthorized transactions.

The FTC lawsuit comes a week after Amazon turned down a proposed settlement from the agency that would have included restitution to consumers and changes to its Appstore for Android to avoid purchases by children without parental consent.

You have to wonder why Amazon hasn’t already settled. Is this really the kind of fight the company wants as it prepares to launch its own smartphone that it hopes to serve as a shopping machine people carry around in their pockets?

There is also the precedent of Apple paying $32.5 million in refunds to settle similar allegations earlier this year. And Apple is not known for shying away from litigation. (Its 2011 lawsuit to stop Amazon from using the term “app store” on trademark grounds was denied by a federal judge.) Amazon has said in a letter to the FTC that it already meets the requirements of the Apple consent order, according to a Wall Street Journal article.

In its complaint, the FTC says it wasn’t until last month -- when it unveiled the Fire Phone -- that Amazon began requiring informed consent for in-app charages made on newer mobile devices. The agency also says parents have faced an Amazon refund process “that is unclear and confusing.”

Amazon has a reputation for hardball tactics when it comes to business negotiations. Just ask Hachette and other book publishers. Only yesterday it ended all book discounts in France in response to a new law intended to protect French bookstores from what they consider unfair competition from Amazon.

In such disputes, Amazon can often claim it’s on the side of consumers, pushing for lower prices. But in resisting an agreement with the FTC over children’s in-app purchases it’s putting itself at odds with consumers when it should quickly refund customers and ensure credit card orders have parental approval.