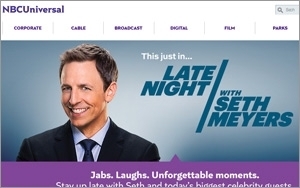 According to sources, the review involved four other shops. Ignited USA and 360i were incumbents on the digital media account, although it was not clear if either participated in the review. Other participating shops were not immediately known.

Annual ad spending on the assignment, which includes the NBC Television Network and cable network properties, such as USA and MSNBC and the Universal Studios film business, is said to be more than $175 million.

The account will be handled out of Los Angeles and New York. Maxus and GroupM officials could not be immediately reached for comment.

The assignment expands the relationship between the Comcast-owned NBCU and Maxus, which won the bulk of the company’s traditional U.S. media account in 2011 shortly after Comcast acquired NBCU. MediaVest and Starcom, part of Publicis Groupe, won the Comcast cable MSO and theme-park businesses while WPP’s Mediacom handles NBC Universal overseas.

The new digital assignment is the first big win for the agency under the leadership of Steve Williams, who joined the agency from PHD in the spring as North American CEO, succeeding Louis Jones.