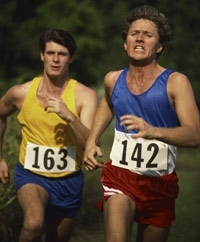 Google's Chrome browser maintained its lead over Mozilla's Firefox desktop browser during the period from May through July, gaining more than 20% market share, per market stat company Net Applications. The gains put Google's desktop browser version in the No. 2 position behind Microsoft Internet Explorer.

Chrome launched in 2008 and began slowly gaining market share. One feature that attracts users remains the huge variety of browser extensions. Steven J. Vaughan-Nichols provides a list of what he calls the most useful that are available from the Chrome store. One that is not on his list could send Amazon into a tizzy.

A Chrome extension called LibGen pulls data from the Library Genesis search engine when in Amazon. The library contains thousands of results for pirated media, from ebooks to periodicals. Venture Beat tells us that installing the extension adds a row at the top of each Amazon book listing, allowing users to download an ebook file directly or download a torrent for the book.