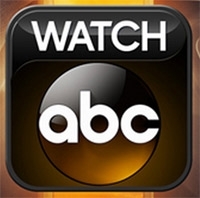 The over-the-top (OTT) video stream is starting to become more like a rapids. Driven by subscription services like Netflix and Hulu, the off-air streaming of video to living room main screen via connected TVs or streaming boxes like Apple TV and Roku will outstrip DVD revenues in the next five years, Strategy Analytics projected yesterday. Apple’s Apple TV is among several boxes now in millions of American homes, and according to ABC News, it is revealing its own patterns of video viewing. Only a month after launching the ABC News channel on Apple TV, the media company reports that 50% more live ABC News video is being streamed across Apple TV than from desktop and mobile combined.

ABC News’s app offers a combination of live, local, network VOD, archival and clips content in its Apple TV app/channel. It is a kind of smorgasbord that is letting users explore the various ways in which they may want to consume news content. There are various live streams as well as hourly news updates for quick catch-up consumption. It launched last month with local content from nine major markets, and now has expanded to three more.

Apparently, putting digital video from lean-on mode on devices and back to its original lean-back mode on TVs has a dramatic impact on amount and length of use.

Reporting on just the first month’s experience, ABC News finds that Apple TV viewers spend 65% more time per visit than on the desktop. ABC News is starting to use the channel as a vehicle for premiering feature investigative reports. The live feed is the most popular resource on the channel and accounts for 20% of usage. Most interestingly, the OTT news experience belies decades-old patterns of providing the daily round-ups in the 7 p.m. network newscast. Viewing peaks at 9 p.m. ET.

ABCNews did not the disclose the raw number of viewers accessing its content across the Apple TV channel. But it is revealing that those users familiar with the channel on their Apple TV deck are using it much like TV news in that breaking news drives use. The most views for ABC News on Apple TV occurred on July 17 during the Malaysian air disaster.

Apple has been aggressively expanding the selection of content on Apple TV in recent months, and longtime Apple partner Disney/ABC has been leading the charge in developing new content access models. In the early days of the first video iPod, for instance, it was ABC and Disney that provided some of the first a la carte episode downloads. Now authenticated users can see live and VOD content from ESPN, Disney Channel and ABC news and entertainment on Apple TV.

The next big challenges for the platform will be managing the cluttered interface and competing with services on connected TVs. There is still much to be done in helping Apple TV users filter and find the content they want. An app architecture is even more cumbersome than channel surfing or digital grids. What the system needs is some of the push alerting mechanisms common to the iOS and Android ecosystems. In fact, Apple TV partners might consider more synchronization of OTT content with smartphone and their alerting infrastructure. Many of us are already using an iPhone as a remote control for Apple TV, yet the app itself is barely used beyond this functionality. TV is still the interface problem. And even as video content seems to migrate back to the best screen available in the living room, the mobile device may be the best solution to discovery.