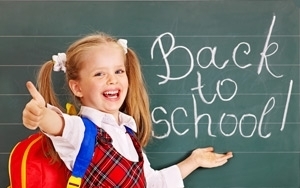 A new survey from the National Retail Federation indicates that parents are hoping to sniff out better deals for the back-to-school season, with just under half — 49.9% — saying they’ve completed their shopping. That’s down a bit from 52.1% at this point last year.

“As the shopping season draws to a close, budget-conscious parents are likely hoping that end-of-summer sales and promotions will be just what they need to wrap up their school lists,” says NRF President and CEO Matthew Shay, in its release.

The survey, which tracked shoppers through Aug. 12, found that 23.6% hadn’t even started shopping, up from 20.9% this time last year. Families in the Northeast were least likely to have completed their shopping, while those in the Midwest and South (where schools tend to start earlier) were most likely to have it all in the bag.

The survey found that the trend was reverse among back-to-college shoppers, however, with 23.4% saying they’re completely finished, up from 20%. And fewer families say they haven’t started: 26.2% vs. 28.8% last year.

And in more proof that parents are hungrier for bargains, the survey, based on 6,200 adults, found that coupon use was the highest it has been in several years. And at this point, discount stores are their most likely destination, at 54%, followed by department stores (47.7%), clothing stores (34%) and online purchases (24.8%.)

That’s likely to be welcome news for Target, which posted disappointing results for the second quarter, and lowered its forecasts for the remainder of the year. Sales rose just under 1% to $17 billion, with flat comparable-store sales. Analyst Chuck Grom, who follows Target for Sterne Agee, points out that U.S. traffic was “still negative during the quarter at -1.3%,” he writes, and its weaker performance underscores “just how much investment is needed to re-invigorate traffic.”

But in the back-to-school battle, Target may well be holding its own against rivals. The latest ranking from the YouGov BrandIndex, which is tracking 28 key back-to-school bands through Labor Day, polling 4,500 adults each weekday, says that Target, Kmart and Forever 21, have had the highest increases in the last 30 days, in terms of brands parents say they are considering for back-to-school shopping. (In terms of the best value, Kmart has seen the most improvement.) And Walmart, Target and Old Navy remain solidly in the top three, says a spokesman for the index says. “No chains have broken out to catch up with the top tier of Walmart, Target, and Old Navy.”

"Little girl pointing and standing in front of board that says back to school" photo from Shutterstock.