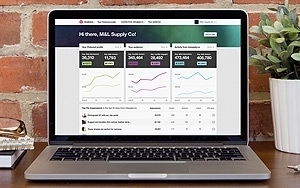 The data will give marketers insight into their publishing strategy performs and ways to optimize the campaigns on the site, per Jason Costa, Pinterest product manager. "We will give them insight into repins and referral traffic; how many users we send their way," he said.

Pinterest will dig deeper into data on boards that generate the most pins in the past month, and allow marketers to analyze the highest performing pins in search and social shares, clicks, likes or send. Costa said the tool also will analyze audience demographics and location, such as city, languages, gender, and areas of interest.

The company's analytics team worked with "sets" of translators to support local users worldwide, Costa said. One set of translators will translate the information for a specific language, and a second set will verify the accuracy of the translation.

Using the analytics tool requires companies to open a free business account. It aims to give brands, retailers and other companies the insight into what consumers like best about their products and services.

A pin on Pinterest of a Vineyard Vines' belt no longer manufactured generated a "ton of traffic" back to the brand's Web site. "The pin generated so much traffic, they restarted the manufacturing line based on the amount of pins it got on Pinterest," Costa said.

Likewise, Lowe's put together a DYI product strategy for floor mats after giving users the ability to create them in different colors in a tool on their Web site. Costa said it generated so much buzz, a couple of hundred thousand re-pins, that the home improvement retailer built out a full product line based on the user behavior on Pinterest.

Last year, Pinterest also received buzz from retailers like Nordstrom during the December holidays. Nordstrom put signs on retail racks around clothing featured in boards by consumers on Pinterest. The retailer capitalized on user pins similar to the way broadcast network shows pull in tweets from Twitter.