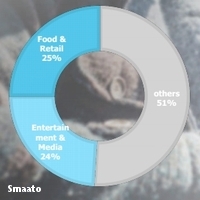 In the U.S. alone, supply was up 66% in Q2 compared to Q1, although growth was more pronounced elsewhere around the world. Australia saw mobile RTB supply increase 124% quarter-over-quarter, and Argentina (101%) also saw supply double. The UK (up 83%) and Brazil (68% more) also saw big jumps in mobile RTB supply.

As has been the case in recent quarters, the U.S. alone accounts for nearly two-thirds (65%) of the world’s mobile RTB spend. This makes it even more significant that the U.S. continues to increase spend at a rapid rate. The U.S. -- already the leading country in terms of adoption -- is still embracing mobile RTB at a faster rate than countries such as Mexico (up 66% in spend quarter-over-quarter), Canada (up 62%) and Germany (up 66%).

“With programmatic advertising spend from new sectors like CPG and regions like Argentina rapidly increasing, mobile ad spend is seeing a phenomenal growth, and that growth trend will continue in the foreseeable future,” stated Ragnar Kruse, CEO of Smaato.

Entertainment made up over one-third (37%) of all available mobile supply, with social networks (18%) and games (14%) being the other largest suppliers in Q2 2014.

In-app ads are often considered more “premium” by ad buyers. As such, the competition is heating up for in-app inventory at a faster clip than it is for mobile Web inventory. There were 46% more in-app RTB auctions in Q2 compared to Q1, compared to 41% more mobile Web auctions.