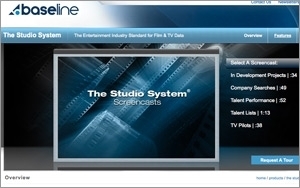 The $50 million acquisition will give Gracenote customers access to Baseline’s database of movie and TV information, including descriptions of 300,000 movies and TV projects, details on nearly 1.5 million TV and film professionals, and box office data for 45 regional markets around the world.

Gracenote CEO John Batter stated: “Baseline’s deep production data coupled with its existing relationships with the studio community will help us improve the depth and breadth of the data we offer to existing Gracenote customers, as well as provide us with a foundation to build products aimed squarely at serving the entertainment industry.”

Tribune acquired Gracenote from Sony for $170 million in December 2013. Gracenote was originally focused on data for music, including online audience trends, but the platform was subsequently merged with Tribune Media Services, which provides metadata for electronic TV program guides. These acquisitions have positioned Tribune to compete with other video data services offered by competitors like Rovi, especially in the rapidly growing market for streaming and on-demand video.

Gracenote has a history in providing music and video content and technologies to U.S. entertainment products and brands, featuring descriptions of more than 180 million tracks and TV listings for 50 countries. Gracenote also has a TV data presence in Europe, while TMS is strong in North America and Latin America.