Oops, We Had A Hamster Talking To People - Sprint Will Simplify Ad Messaging 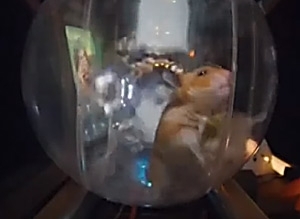 Telecommunications is a competitive industry. AT&T, Verizon, T-Mobile, and Sprint all battle for the same customer. This spring, Sprint spent millions advertising a plan called Framily with a family called the Frobinsons. "We said we are going to make things different," says Marcelo Claure, the new president and CEO of Sprint, speaking at the Goldman Sachs 23rd Annual Communacopia Conference.

Well, Framily didn't work. In the first six months of the year, Sprint lost 1.4 million customers. "I spoke to few people who were in the stores and we have about 2,000 doors of dealers. They said it’s really hard to sell. Our plans are confusing or marketing was a hamster talking to people. We are having a hard time selling the products. So, what we did is that we basically completely changed our value proposition."

Sprint is focused "100% in terms of changing its advertising," says Claure, to instead bring the right value proposition to customers. The company has put its advertising account in review.

Now, the brand has ditched the Frobinsons to launch the Family Share Pack. "We just kept it simple and it’s always going to be simple," says Claure. "It’s going to be the same price or lower price than AT&T and Verizon and we are always going to give you double the data. And the reason why we did that is I don’t know if any of you know gigs and gigabytes and megabytes, but I don’t."