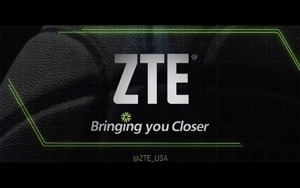 China-based consumer electronics company ZTE is one of the fastest-growing handset makers in the U.S. that you have probably never heard of. The company, which makes 56 devices across every mobile carrier, is hoping to change that -- or part of it -- through a relationship with Madison Square Garden making ZTE official smartphone of the New York Knicks NBA team.

The deal -- designed to boost the company's profile while aligning it to the growth of mobile commerce and experience into live events -- includes in-arena exposure, with signage, mobile channels and LCD boards.

Lixin Cheng, CEO of ZTE U.S.A., spoke about the deal at a joint press conference at Madison Square Garden on Monday. He said the company, which in the second quarter achieved 7.4% market share in the U.S. and just last month launched the ZMAX phone with T-Mobile, is also the leading sponsor of the NBA in China. The brand is also official smartphone of the Houston Rockets. "Brand awareness has increased from 1% to 16%, so our game plan is working."

He said the strategy is to grow brand awareness for the 30-year-old brand. "Part of this partnership will be in in-game activation, including on displays around the court, and promotions, such as seat upgrades sponsored by ZTE." The company will also participate in MSG's Garden of Dreams cause.

Tad Smith, CEO of MSG, said the brand will be a beneficiary of the new LCD signs on Seventh Avenue. "We have about 600 million people passing by [MSG] annually, so it's a great venue for increasing exposure."

He said the relationship is not really about spotlighting ZTE products. "We sell many phones to evert carrier, so this is a focus on the brand.”

That partnership also has a digital message, as BBVA will activate the new deal with NBA-themed advertising starring Kevin Durant and James Harden, with a core message that BBVA is going mobile. In the spot, the two players shoot hoops on the roof of the BBVA Tower in Madrid. Harden was in the Spanish capital competing with the USA Basketball Men’s National Team. The rest was filmed in Oklahoma City with Durant.

BBVA Compass, BBVA's U.S. division, will also be title partner for the BBVA Compass Rising Stars Challenge exhibition game during NBA All-Star. On the global court, BBVA will stay on as title partnership of the NBA Global Games in Turkey and Spain and will be partner of next year's grassroots 3-on-3 tournament. NBA 3X Spain.