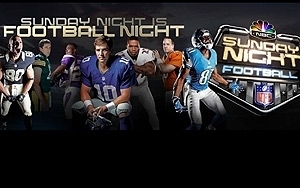 With nearly two months of the TV season complete, NBC still leads all TV networks when it comes to prime-time programming,

Among 18-49 viewers, NBC has maintained its top position -- now at an average 2.9 rating for the first seven days, looking at Nielsen’s live plus seven days of time-shifted viewing (L7) -- with the same numbers as its season-to-date numbers through six weeks.

CBS still maintains its large lead overall when looking at all prime-time viewers -- at 12.3 million through seven weeks. NBC is second with 9.6 million, followed by ABC at 9 million, Fox at 6.9 million, and CW at 2 million.

For the week ending November 9 -- coming from Nielsen’s live-plus-same day time-shifting metric -- all networks took a dip versus their seasonal averages: CBS was at 9.3 million viewers, followed by ABC at 8.4 million; NBC at 7.8 million; Fox at 4.5 million viewers; and CW at 1.5 million.