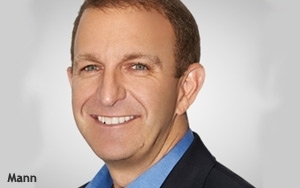 It's a bit of a shift from ad tech, Mann admits, and "in some ways I now have to put my money where my mouth is." Mann will work to improve Nintex's brand, demand and global marketing strategies through search engine optimization, paid search, social campaigns and other digital media. "I went from advising CMOs to becoming one."

Mann stepped aside as Covario CEO long before Dentsu's acquisition of its agency business, appointing as co-CEOs Michael Gullaksen and Jeff Johnson in 2013.

Nintex -- which was founded in 2006 in Melbourne, Australia -- opened its U.S. offices around 2010, and stepped up business in the U.S. in 2012, building a presence in Bellevue, Wash. to support Microsoft SharePoint apps. About 250 employees support the clients worldwide. Gartner named the company to its "Cool Vendors in Program and Portfolio Management, 2013" list.

In addition to Mann, the executive team comprises experts from across the tech industry. John Burton, co-founder of Updata and former Legent Software CEO, took the helm as Nintex CEO in 2012, but the Australian cofounders Brian Cook, Brett Campbell and Steve Heaney are all still involved in the business. During the past year, the company has added experienced public-company execs such as CFO Eric Johnson, who came from Jive Software; Christian Smith, SVP Sales, from Oracle/ATG; Jeffrey Christianson, general counsel, from F5 Networks; and Josh Waldo, VP of Alliances, from Microsoft.