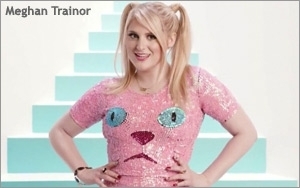 With her first video "All About That Bass" amassing more than 250 million views on the online platform Vevo, singer Meghan Trainor wanted to do something innovative as a follow-up for her next single "Lips Are Movin." Thus, Trainor is partnering with Epic Records, technology company HP and ad agency 180LA for the first-ever music video created by "social influencers."

"Every day we hear how social influencers are forcing us to revisit the notion of what’s possible," says Zac Ryder, creative director, 180LA. "We loved the idea of creating something with this audience. It truly makes the possibilities for ‘firsts’ become endless. The set of this music video looked insane, like the Internet exploded. These social influencers have a combined following upwards of 30 million so we knew that this campaign was going to be talking to a lot of people."

"Most agencies now-a-days are producing content outside of the traditional ad space," says Adam Groves, Creative Director, 180LA. 'True to that form, this isn’t 180LA's first venture into music videos. Earlier in the year we made HP’s '2Days Beat' campaign, a song and music video made in real-time by collecting comments on YouTube."

HP and Trainor are collaborating on more than just music. In addition to the music video, 180LA also created a behind-the-scenes spot that runs across various social media channels. Trainor and “Lips Are Movin" will also be featured in the global holiday campaign for the HP Pavilion x360 convertible PC that runs across TV, print, social, and digital.

Moreover, the #BendTheRules holiday campaign created by 180LA and social agencies Niche and Collectively is an extension from an earlier TV and Vine integration with HP titled “The Connected,” which also promoted the x360.
accounts, ad campaign, agency, holiday, social media, video
Next story loading