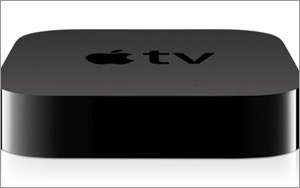 The rapid rise of digital streaming media players — Apple TV, Roku and Chromecast — has now given these devices nearly a 20% total share of all U.S. TV households in 2014, up from 12% in 2013.

A study from market researcher GfK shows that Roku has a 6% share, with Chromecast at 5%, Apple TV at 4%, and Boxee and Amazon Fire TV each at 1%.

Although digital media players are seen as an alternative to existing pay TV packages, users say the impact on regular TV viewing is minimal -- registering nearly equal votes for being “additive” to and as a “replacement” for regular TV.

The research surveyed 532 persons age 18 and older who own a Roku, Chromecast or Apple TV digital media player, with respondents able to take the survey for multiple devices. Results came from 17-minute online survey using GfK’s KnowledgePanel, with cooperation rate of 80% among the assigned sample.

The study was conducted from September 23 through October 6, 2014: