More Than 56% Of Ad Impressions Are Not Seen, Google Says 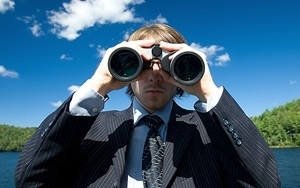 As marketers become more aware that Web site visitors never see many of the ads served on publisher sites, verifying that someone actually saw the online advertisement becomes a greater concern. Since an ad served does not necessarily equal an ad viewed, Google conducted a study of its display advertising platforms Google and DoubleClick, which revealed that 56.1% of all impressions Google measured in a recent study were not seen, and the average publisher's viewability rate came in at 50.2%.

Google conducted research using its Active View technology to learn about the current state of viewable impressions on the Web. It reveals five factors that affect the extent to which ads are seen.

A viewable impression occurs when 50% of an ad's pixels are on screen for one second, per the Media Rating Council and the Interactive Advertising Bureau. The data used in Google's study is based on display ads in desktop and mobile browsers, and does not include mobile in-app or video ads. The data was collected in July 2014 and October 2014.

While the viewabiity rate ranges across content, verticals and industries, the content that holds a user's attention has the highest viewability rating, per Google.

Less than 12% of publisher sites have viewability rates of 30% or less in Google's and DoubleClick's display network, per the findings.