Bloomie's Ties In With NBA All-Stars 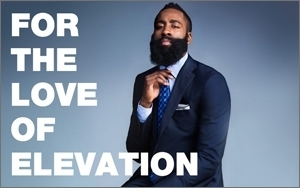 Basketball fans don’t just love the sport -- they love fashion. So this year, Bloomingdale’s is bringing a full-court press to the National Basketball Association’s All-Star Game event, including style videos with Houston Rockets shooting star James Harden and an auction to raise money for Mentoring USA.

It also plans to open 16 pop-up shops in stores around the country, which will sell retro jerseys, vintage graphic tees and accessories, with brands ranging from Mitchell & Ness and Sportiqe, to Junk Food, Been Trill, Mark McNairy and Stance.

“We saw the opportunity to tap into the basketball community’s love for fashion with our own through close collaborations, merchandise, visual displays, and special events,” says Frank Berman, EVP of marketing for Bloomingdale's, in its release.

Bloomingdale’s is partnering up with GQ for three videos with the fashion-forward Harden, all inspired by “The Walk,” when players show off their style game from the bus to the locker room.

Fans can also bid on a Jam-Packed Trip to NBA All-Star 2015 in New York City, including a “dunk-tastic VIP weekend,” the company says, as well as meet-and-greets, $500 in NBA merchandise and $2,500 shopping spree at Bloomingdale’s, including a bespoke suit. All proceeds go to Mentoring USA, whose mission is to create sustained and supportive mentor relationships for young people in need.

Meanwhile, balloting is still underway for the 64th annual game, scheduled for mid-February. The NBA reports that LeBron James remains the overall leader, but that Golden State’s Stephen Curry is close behind.

And while the game itself typically doesn't do well in ratings, it still has plenty of appeal for marketers. Other sponsors include Bloomingdale’s parent company, Macy’s, with its NBA All-Star Practice presented by Sean John at Macy's, as well as the State Farm All-Star Saturday Night, Taco Bell Skills Challenge, the Foot Locker Three-Point Contest and the Sprite Slam Dunk.