Only 27% Of U.S. Consumers Buy Online Each Week 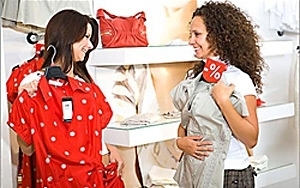 While the growth in online sales continues to blaze past conventional retailing, a new study from PwC lends a different perspective. For one thing, only 27% of U.S. consumers make online purchases in any given week. For another, only 1% are using their phones to buy stuff.

The report, “Total Retail: Retailers and the Age of Disruption,” finds that while 73% say they browse online, they still prefer making the actual transaction in a store, either to beat delivery fees (65%), have the item immediately (61%) or try it on (61%.)

Amazon, Walmart and Target are the three favorite retailers, and an impressive 49% say their first stop in starting a purchase decision is always a search engine; only 26% go first to a retailers’ site.

“For the past several years, the story around retail stores was ‘showrooming,’ in which stores were places to display items for online purchase. However, this year’s survey results reveal that the online shop has also become a showroom where shoppers research and compare prices for later, in-store purchases,” says Steven Barr, the consulting company's retail and consumer practice leader. “As online shopping continues to grow at the expense of store visits, we expect the premium in the future may be on creating unique, brand-defining store and online experiences that keep consumers coming back.”

People’s perception of social media’s influence is less than might be expected, with only 4% of U.S. consumers ever making a purchase via social media, and just 36% saying that social media ever influenced an actual purchase.

While mobile technology is critical to the browsing and bargain-finding part of shopping, used by 45% of U.S. shoppers, mobile payments are far less in demand than many headlines suggest: Only 1% of consumers listed mobile payments as their preferred method. And security is a major obstacle, with 33% of those in the U.S. sample saying they don’t use smartphones or tablets for shopping because of security fears, and 77% who worry that credit card information can be hacked using a mobile phone.

The online survey, based on more than 19,000 online interviews with online shoppers on six continents, with 1,000 of them based in the U.S., found major swings in attitude by country. When asked,  whether “my mobile phone will be my main tool for purchasing,” 17% of all respondents strongly disagreed, and 9% strongly agreed. But in China and India, 24% strongly agreed, as did 19% in the Middle East. Yet in Denmark, 34% strongly disagreed, as did 32% of those in Belgium, and 27% in the U.K.