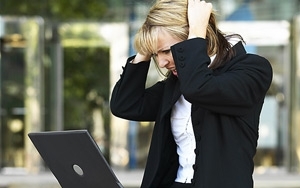 A Social Security Administration Web site has a higher customer satisfaction score than Amazon, Apple and L.L.Bean, even as more than two-thirds of government sites fail to meet citizen expectations, per a study released Thursday.

ForeSee's Q4 E-Government Satisfaction Index analyzed the expectations and experiences of citizens, or Web site users, based on more than 220,000 survey responses collected across 100 federal government Web sites, including mobile sites and applications. The average satisfaction for e-government Web sites came in at 75.1 on the study's 100-point scale, compared with 75.0 in Q3 2014.

Despite the havoc tied to red-tap bureaucracy in government procedures, 31 Web sites received an excellent rating in ForeSee's report. The higher scores led by the Social Security Administration's Extra Help with Medicare Prescription Drug Plan Costs, socialsecurity.gov/i1020, with a score of 90. These sites outperformed several top private-sector brands such as Amazon at 83, L.L.Bean at 82, and Apple at 80 when it comes to satisfaction, as reported in the Answers Experience Index (AXI): 2014 U.S. Retail Edition.

Believe it or not, IRS.gov significantly improved the experience on its Web site, achieving the largest quarterly score increase in the Index's history. The Treasury Department’s main Web site achieved a citizen satisfaction score of 72 in Q4, up 15-points sequentially. A likely driver of this growth was new functions introduced by the IRS in 2014: Direct Pay, a secure service that enables citizens to pay an individual tax bill or make an estimated tax payment directly from a checking or savings account at no additional cost. ForeSee suggests that the service introduced just before Q4 could have helped to improve overall satisfaction with the site.

While there have been improvements with government sites, mobile e-gov sites fail to meet rising demand. For the second consecutive quarter, the aggregate satisfaction score for visitors using federal mobile sites and apps decreased, from 78 in Q3 to 77 in Q4, according to the ForeSee Mobile Federal Government Benchmark.

To help improve the citizen experience on mobile sites and apps, government agencies need to prioritize their efforts in key areas, per the report. At the aggregate, navigation, the organization of the site and options for navigation, was the top driver of satisfaction. The look and feel and site information, meaning the accuracy, quality and freshness of news, information and content on the site followed. Each site or app's intended purpose differs, so digital leaders should prioritize improvements specific to their constituents’ needs, per the report.