TV Upfront Forecast To Be Weak 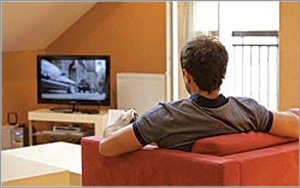 It looks like there will be a repeat of the weak TV upfront marketplace this season -- and a mediocre TV market overall -- according to one new estimate.

Vincent Letang, director of global forecasting for Interpublic Group’s Magna Global, estimates the national TV advertising market will inch up just 0.4% -- excluding Winter Olympics and World Cup events of a year ago -- to $42.3 billion for 2015.

Letang, in speaking to MediaPost, says the 0.4% projected 2015 growth is troubling considering that over three seasons starting in 2011, the average rate of growth for national TV advertising was 3.4%.

Magna Global also says the TV upfront market will have a repeat of the weak performance of a year ago. Overall, there will be 7% fewer ad dollars for the 2015-2016 upfront season to total $20 billion -- 10% less for broadcast networks and 5% less for cable networks.

The growth in digital media -- which is taking away from national TV media -- has changed the historical equation between how the national TV ad market tracks against the U.S. economy.

“That’s the great paradox,” he says. “The economy is good. But TV is increasingly sluggish.”

Letang says this is especially true in looking at how TV upfronts have been following the scatter markets of late. Last year’s TV upfront market was weak, for example. “You should have seen the scatter prices increase,” he says, in the fourth quarter of 2014. But that hasn’t been the case.

Letang says: “Now with soft scatter markets following soft upfront markets, there is no incentive the next time to spend more in the upfront.” As a result, Letang predicts a shift in the volume of dollars from upfront to inventory being bought and sold in the scatter market. However, he says, this does not necessarily mean higher pricing.

TV marketers are buying closer to airtime. Letang says it is easier to get key TV programming -- such as season finales of shows and special programming. “There is a trend toward more flexibility in buying in the scatter market now versus the upfront. There is lower risk... There will be more money spent on scatter in the future.”