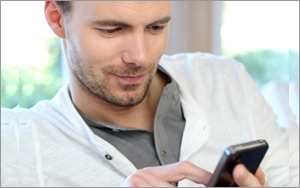 One-third of mobile advertising budgets in 2014 came after shifting funds away from other media. The most widely cannibalized were print budgets, with 58% of respondents saying they had shifted funds from to mobile advertising. About 31% said they shifted budgets from PC and desktop digital ads; 31%, television; 20%; outdoor, 18%, radio, per the report.

The survey shows that the majority of respondents were happy with the performance of their mobile ads, with 87% saying they were satisfied or fairly satisfied; and 8% were completely satisfied. The increase in performance led 14% of respondents to say their companies will commit to increase mobile ad budgets by more than half in the next two years, whereas 57% said they expect them to rise by under half.

Privacy remains one of the major challenges in mobile advertising.

Some 37% of those surveyed cited privacy as a very important issue compared, up from 22% in 2013. Half of the marketers participating in the survey said device operating system fragmentation remains important, while 27% said it remained important.

Some 54% said lack of standardized metrics to measure mobile advertising remains important, where 20% note very important. Other concerns include lack of agency expertise in mobile advertising, coupled with too many different ways to source or buy mobile inventory.

Some 41% agree that it will help them reach target audiences, but few today buy mobile inventory through programmatic channels: 18% via private exchanges and 17% via open exchanges. About 26% said programmatic is important, 50% said somewhat important. Only 17% of respondents in the 2014 survey do not think programmatic buying is at all important, up 6% from the 2013 survey.

Advertisers also see opportunities with new-generation connected devices. Some 73% are "enthusiastic" about connected TVs, followed by connected cars at 69%, and wearable devices at 66%. The biggest possibilities point to those with experience. Mobile marketers rate themselves as fairly or very experienced at mobile, seeing even greater potential for these new platforms -- 80% connected TVs vs. 78% connected cars vs. 75% wearables.

The research, commissioned by the IAB Mobile Marketing Center of Excellence and conducted by research company Ovum, analyzes today's view of mobile marketing. It compared the results with the Marketer Perceptions of Mobile Advertising survey released in 2013.

Based on the responses of 200 brand marketing executives, the new figures show 41% of marketers agree that mobile programmatic advertising would help them reach their target audiences, but only 27% buy inventory that way. Some 18% use private exchanges and 17% use open exchanges, though some use both.