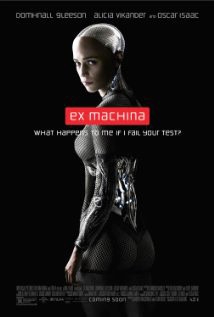 In a purely fictional but not impossible look into artificial intelligence, Ex Machina director and writer Alex Garland shows how Blue Book -- a fictional search company founded by Nathan, a reclusive genius -- could become a building block for the first AI robot.

Blue Book founder Nathan builds the AI robot, AVA, in his compound in an unspecified forest. He invites Caleb, one of Blue Book's employees, to see whether a computer can trick a human into thinking the robot could have a human relationship.

Nathan uses Blue Book's search-engine database -- similar to Google's and Microsoft's versions of knowledge graph, where every entity connects to other entities -- to create the backbone for AVA's brain. Every search query builds on a thought pattern that mirrors the human's intent.

Entity search expands on the respective search engine's graph databases to better understand the relationships by stringing together relevant data and making real-world connections between content and how people search.

Garland calls the test Turing. In the movie, one of the shortcomings is its inability to prove whether a computer is effectively imitating human intelligence, or is truly intelligent itself, per Quartz reporter Mike Murphy.

"We could recognize in the AI that it might be able to think in some respects better than us, but its experience of the world would be defined by what it thinks and what it encounters, and it would just be different to us," Murphy reports, citing Garland.