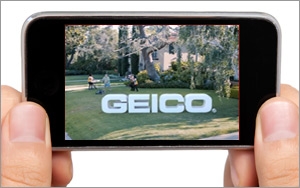 The combined platform will enable brands to sync television ads with search advertising. It would require a bid management platform to connect with 4C and Teletrax to set up paid-search ads running on Google, Bing, and Yahoo that remain paused until a specific TV program or commercial runs, according to Aaron Goldman, CMO at 4C Insights.

Within seconds of a commercial airing on TV, Teletrax can trigger ads on a second screen, mobile or desktop. The ads are synced to show the same brand advertisement simultaneously.

The combined company of more than 140 employees will work with ad agencies such as Starcom MediaVest, Resolution Media, and Merkle, and brands such as eBay.

Goldman sees "convergence" as the future of advertising. "TV is still the biggest advertising medium, because it's a great way to reach large audiences with sight, sound, and motion, but as more and more people multitask across screens it becomes difficult to get and keep their attention," he said.

Revenue for digital advertising reached $49.5 billion in 2014, up 16% from the previous year, according to a comScore report released to CNBC Thursday. Companies saw $13.3 billion in revenue during the first quarter of 2015, up 16% from the year-ago quarter. comScore estimates digital advertising, nearly equal to about 80% of TV ad spend today, should surpass TV next year.