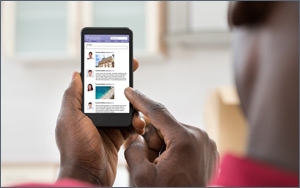 The company says that their adjustable algorithm can predict who will bid on which campaigns, and how much they are going to bid, enabling them to keep their SDK lean by pre-loading ads. The algorithm also sorts campaigns by the highest bidder and not by network, allowing publishers to capitalize more on bids.

“Our major cost center is our huge team of developers,” says Denis Kravchenko, CTO and co-founder of AdtoApp. Most of the money, he says, is going toward growing their team and paying publishers more than their competitors. “The way payouts work in all the networks now, there’s a huge delay between an impression happening and the publisher getting the money. We tend to pay more and pay more often.”

Aligned with more than 20 networks, including MoPub, Amazon and AdMob, AdtoApp is usable in 184 countries. Because demand doesn’t happen equally in all countries, they have created almost as many segments. The global breadth of their reach, and their adaptable algorithm, allows them to develop a strong presence in those countries.

Headquartered in Los Angeles, the company has employees and offices in Ukraine, Russia, Southeast Asia, Europe and Silicon Valley. A major part of the AdtoApp business model is its sole focus on publishers, which came from observations of the marketplace.

“Every mediation platform we’ve seen has a conflict of interest ongoing within their companies, because they claim to be helping publishers make money by monetizing their inventory with ads,” says Kravchenko. “However, their true priority is advertisers,” which can provide mediators with a higher profit margin.

Even with its publisher focus, AdtoApp forecasts ample future revenue. Mobile in-app revenue is expected to surpass PC display ad revenue by 2017. Plus, its beta returned promising results: Game developer Techno Bears saw its daily eCPM more than double from under $1 to $2.40, and the fill rate increased from 80% to 100% immediately after users updated to the new version of the app.

“Reaching a 100% fill rate, especially in the US, is easy,” says Kravchenko, adding that he expects it to be more difficult in developing countries.