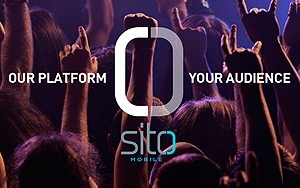 The campaign used Deal ID on the Millennial Media Exchange, increasing CTR by 117%. Their mutual efforts also lifted win rates from 80.6% to 95.5%, an increase of 18%.

Deal ID is the unique number of an automated ad buy, allowing buyers and sellers to match individually based on criteria negotiated beforehand. Deal ID’s are essentially the automated version of an insertion order.

When dealing with gambling or liquor Deal ID allows more inventory and control of compliant publishers.

The news comes as a feather in the cap for New Jersey-based SITO Mobile, who recently rang the closing bell for the NASDAQ market. The company began trading on the NASDAQ Capital Market on Monday.

On the flip side, Millennial Media has been struggling.

The company confirmed on Tuesday that they are searching for a buyer. There was talk earlier in the year that AOL was considering purchasing Millennial Media, a rumor that has been neither confirmed nor denied by either party.